2021 Lotus Emira: An End To The Internal Combustion Engine Era 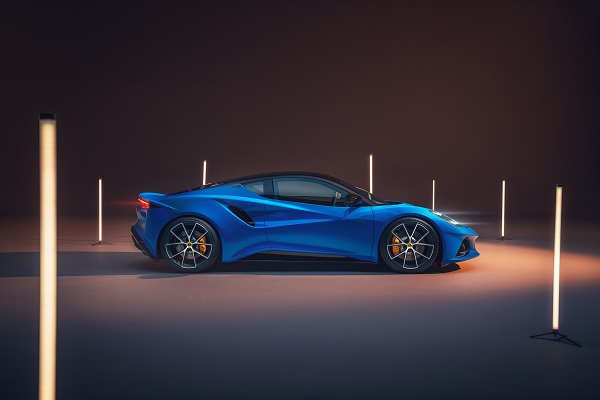 The British carmaker Lotus has hinted towards an electric vision for the future with the Evija which means that ICE vehicles will be discontinued. However, the company wished to end things on a high note with the 2022 Emira. It is exotic with an exterior boasting carbon fiber with bonded aluminum architecture. The Emira will succeed the Evora GT and is being claimed to be a rather safe and practical sports car. It will give its closest competitors, the 718 Cayman and 911 Variants, a run for their money. Official news on the pricing is yet to be announced by Lotus but it is expected to start in the £51,000s and go up to £91,643 for the top-end variant.

What’s Under The Hood?

The Emira will stay true to Lotus’s roots and come with a mid-mounted engine. There will be two configurations offered. One is a 2.0-liter four-cylinder engine with a turbocharger while the other option is a 3.5 liter V6 with a supercharger. The turbocharged four-cylinder has been taken from Mercedes AMG and produces 360 horsepower. It is coupled with a dual-clutch automatic transmission to power the rear wheels. The V6 engine comes from Toyota and is the same one used in the Evora GT. You can get it in either a good old stick shift or torque converter automatic transmission. This setup produces 400 horsepower and 317 lb/ft of torque. A better driving experience is promised in the Emira as the electric power steering has been ditched for a hydraulic assisted one.

Minimalist, yet Comfortable inside

A lot of improvements have been made to the interior to make it much practical. Narrow door sills and large door openings make it very easy to enter and exit. A squared-off steering wheel is given to the driver along with a 12.3-inch digital gauge cluster. There is a 10.2-inch infotainment screen in the middle with no buttons or rockers for volume as voice controls will be used. Not everything has been made forcefully digital as there are physical switches for the climate controls. USB and 12 volt charging ports are available and Apple or Android connectivity will come standard.

All the materials used in the interior appear to be very high-end and match the price point. Lotus has made the Emira very practical by adding two cup holders in the center console. Storage compartments are present in the doors as well as 5 cubic feet of cargo space behind the engine and 7 cubic feet behind the seats.

Lotus will be breaking away from its contemporary ways and will offer driver-assistance technology options in the Emira. Automated Emergency Braking, Lane Departure Warning, and Adaptive Cruise Control will be available. The crash test results have been made public at the NHTSA and IIHS websites.

The Lotus Emira promises to wrap up the ICE legacy by offering a lot. Its two engine variants make a substantial amount of power for the body size. A comfortable and practical interior is offered which has all the bells and whistles of a modern sports car. One surprising thing is the host of safety options available.